A selection of original letters, some in Swedish, and some in English. 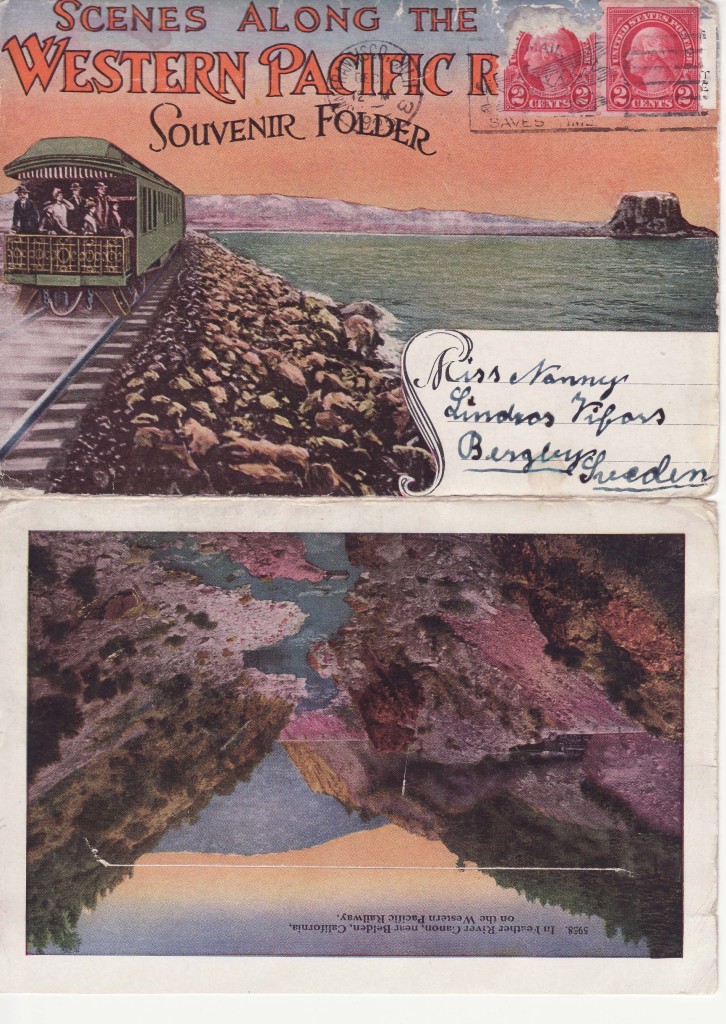 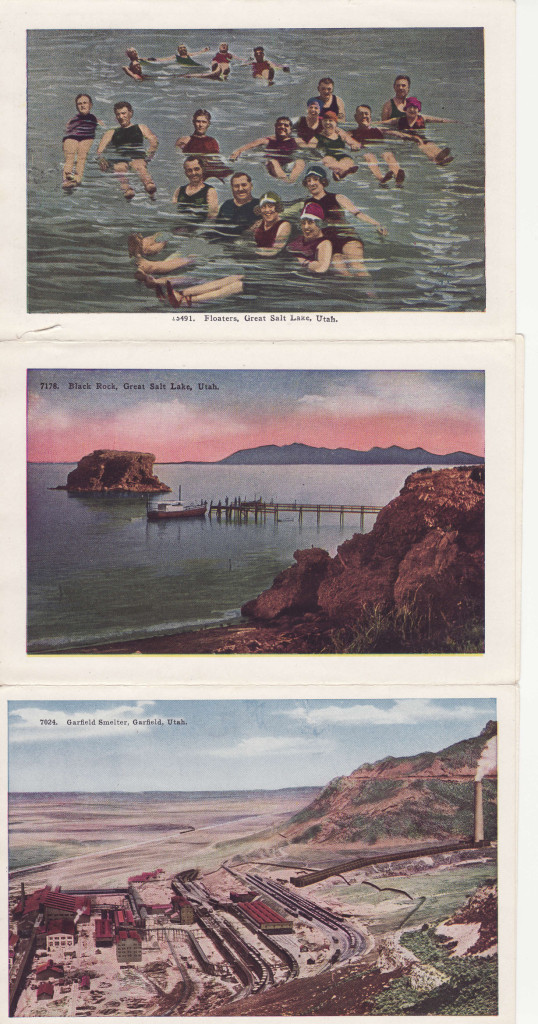 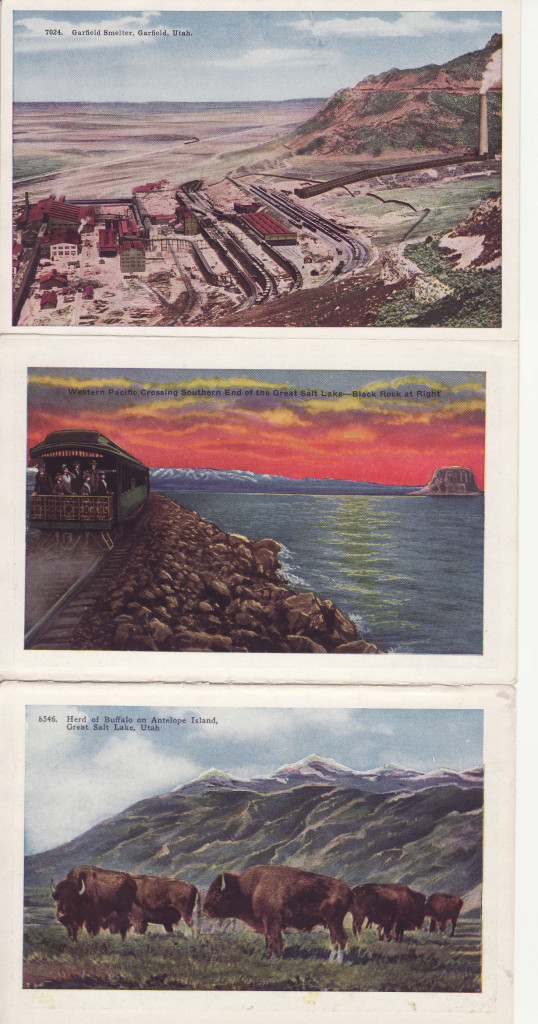 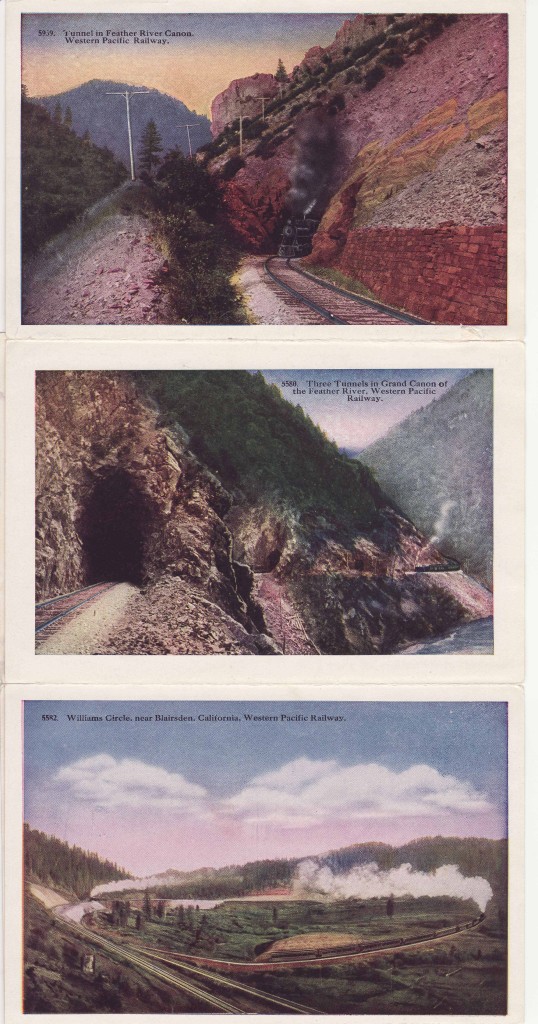 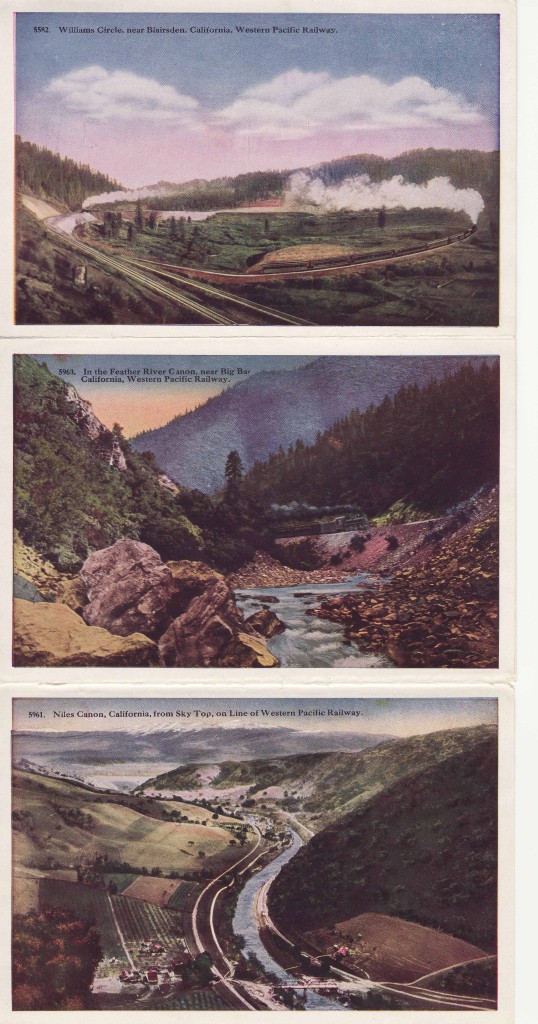 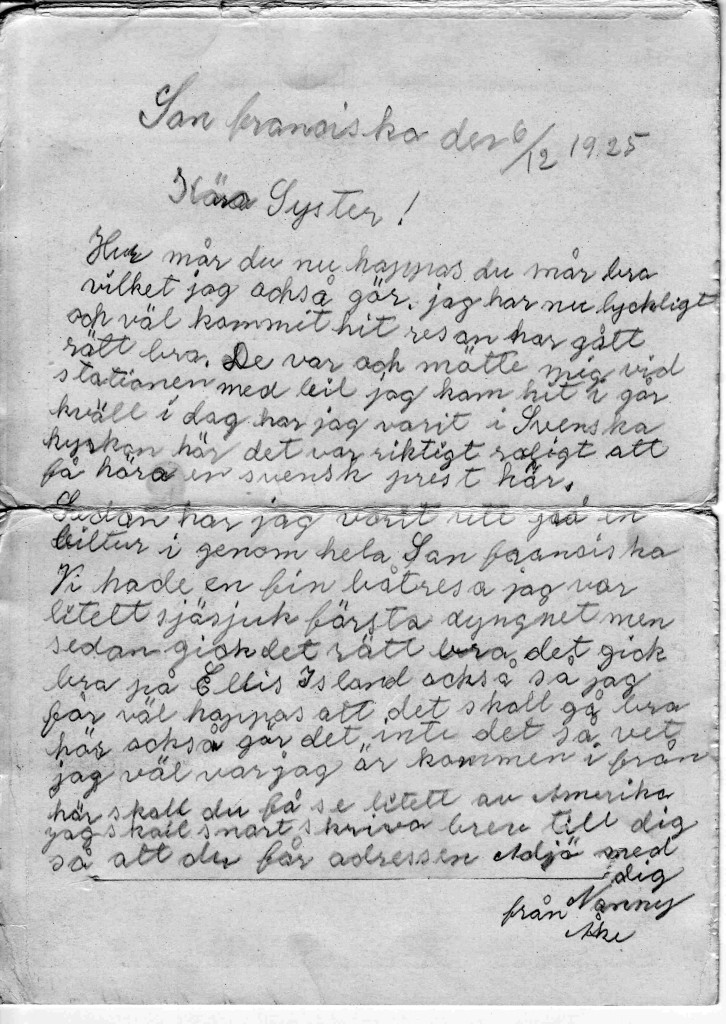 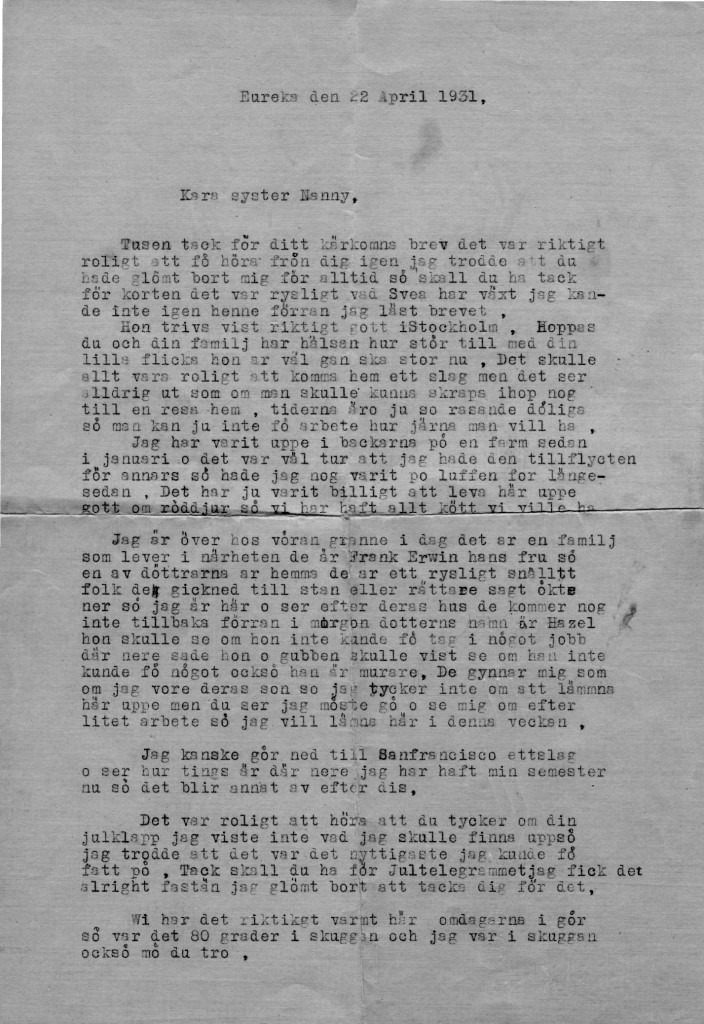 Letter typed by Lindros on Hazel Erwin’s typewriter, Panther Gap Road, Dyerville, Humboldt County, April 22, 1931. Thanks to this letter rediscovered in the cottage in 2012, we met with the Erwins the year after. 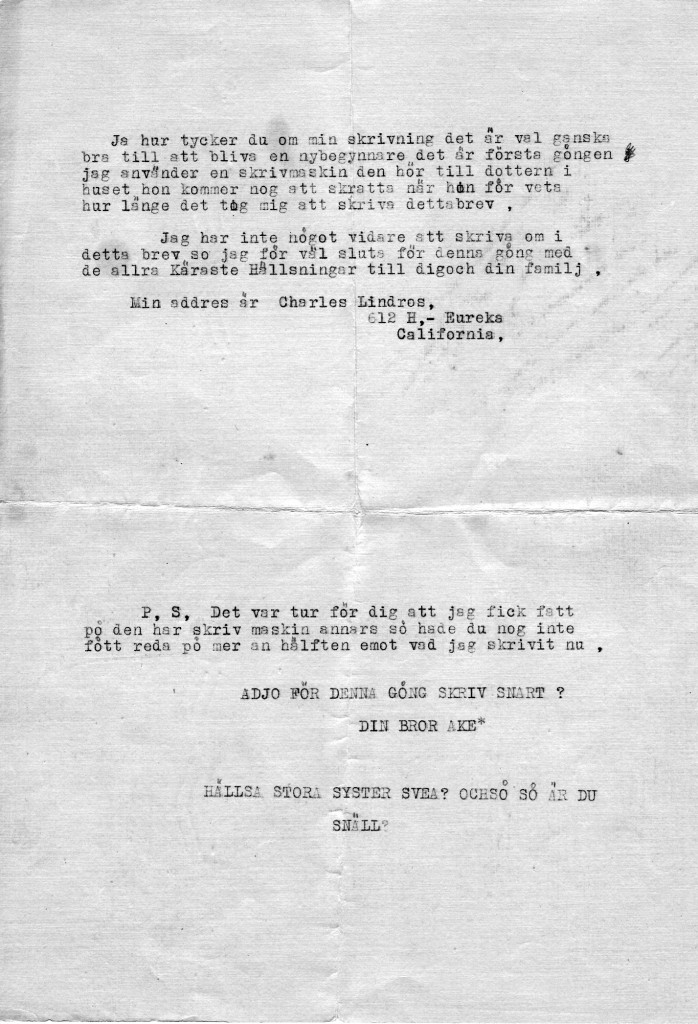 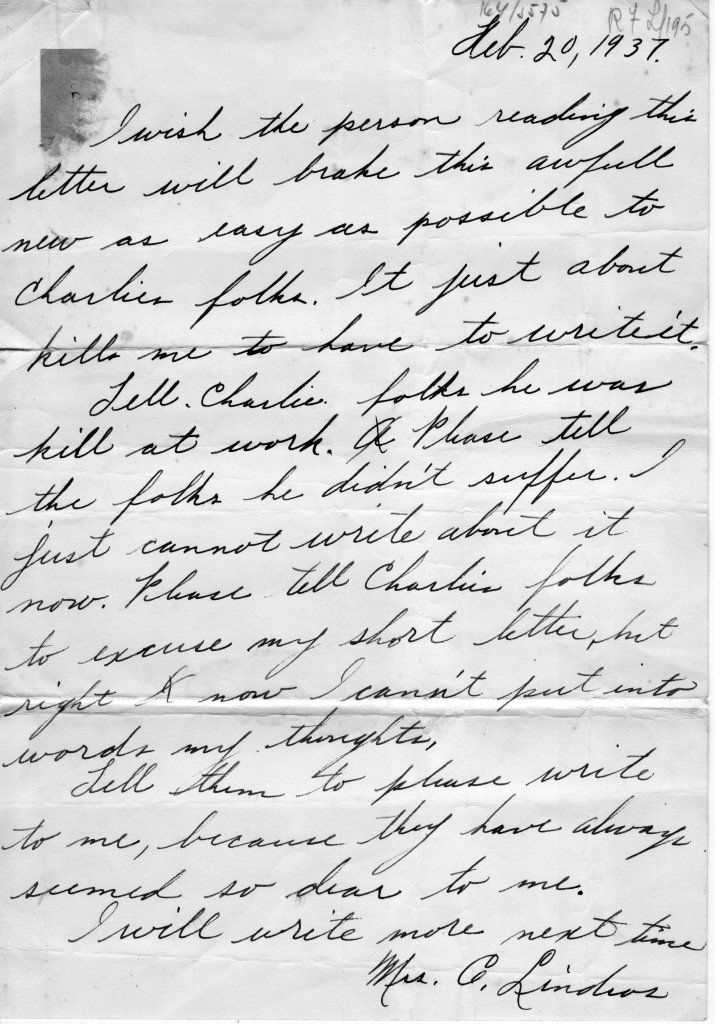 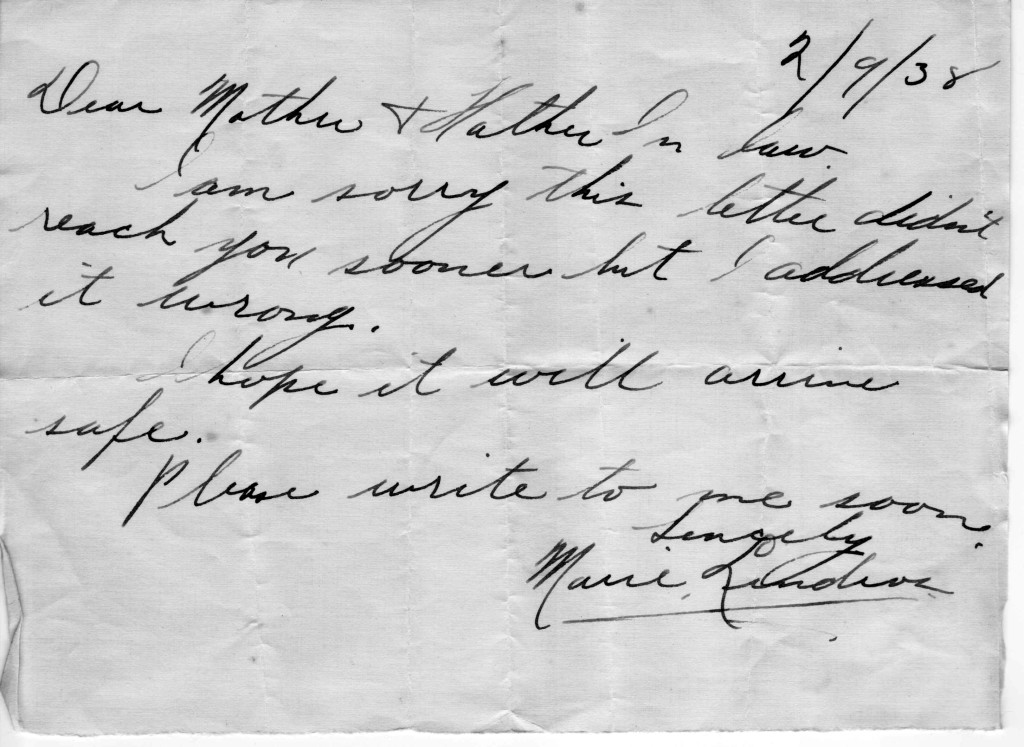 Another correspondence to Lindros’s folks from Marie, nearly a year after the catastrophe. 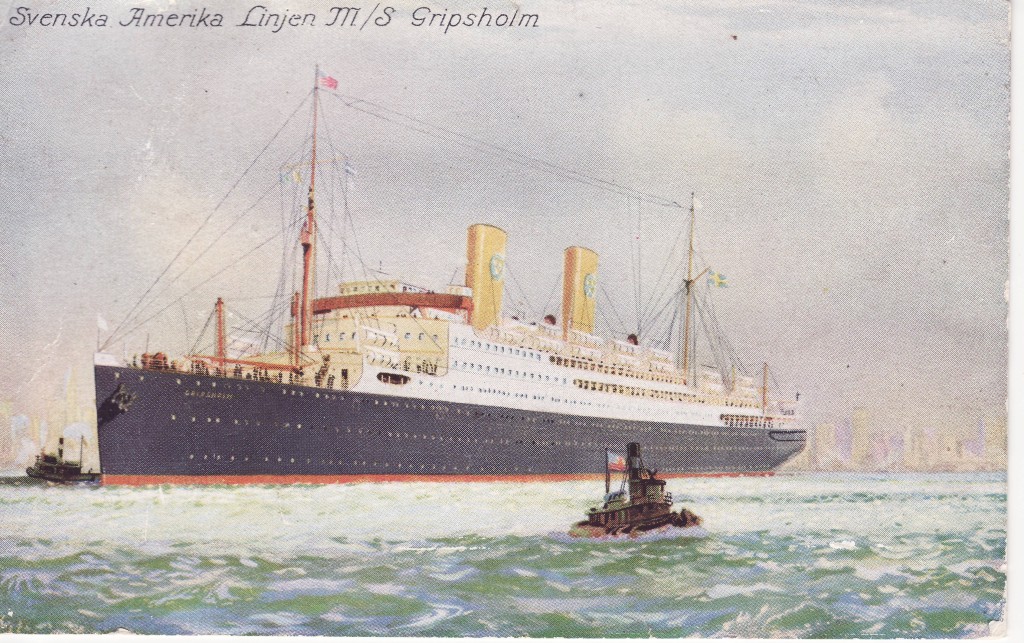 Swedish America Line’s brand new M.S. Gripsholm, on her maiden voyage across the Atlantic on November 21, 1925. 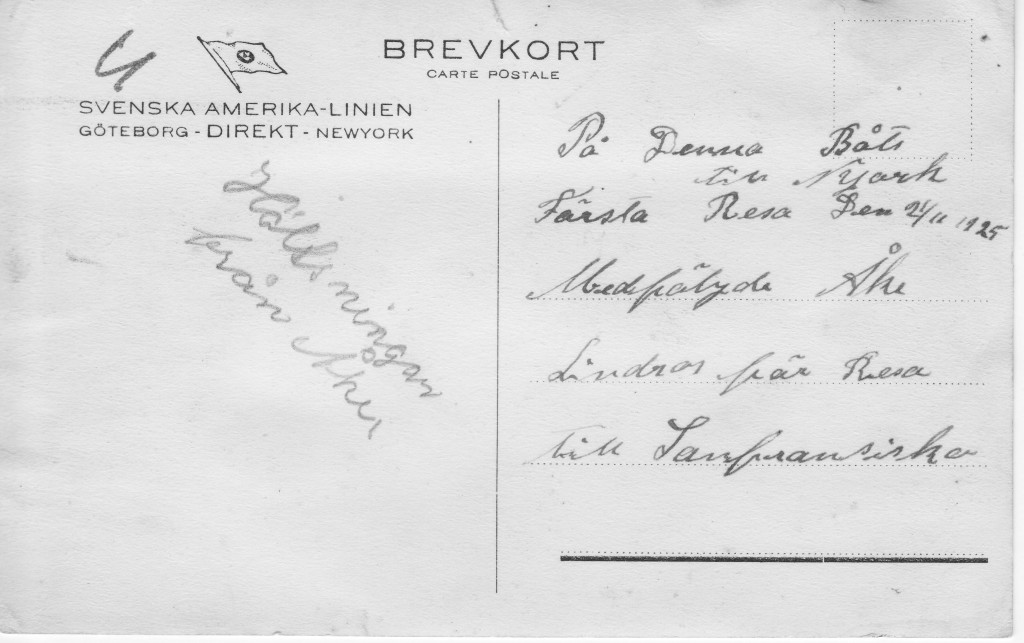 Greetings from Åke. And someone jotted down that Åke traveled on the ship’s maiden voyage. 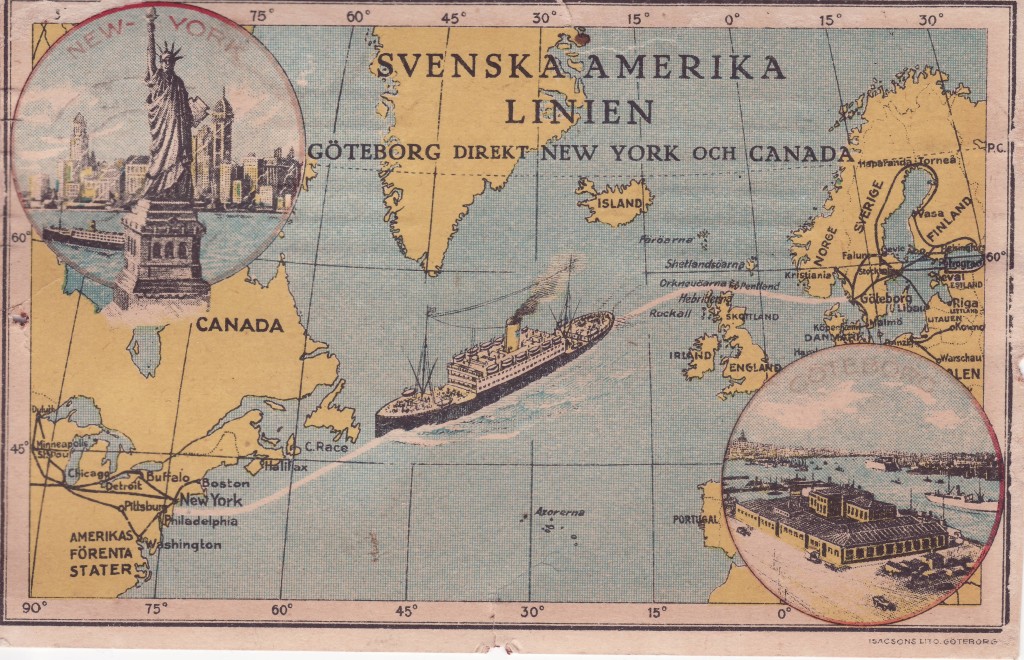 When the shipping company in Sweden received telegraph message that the liner had arrived safely in New York on November 30, 1925, they sent this postcard of notification to Lindros’s folks. 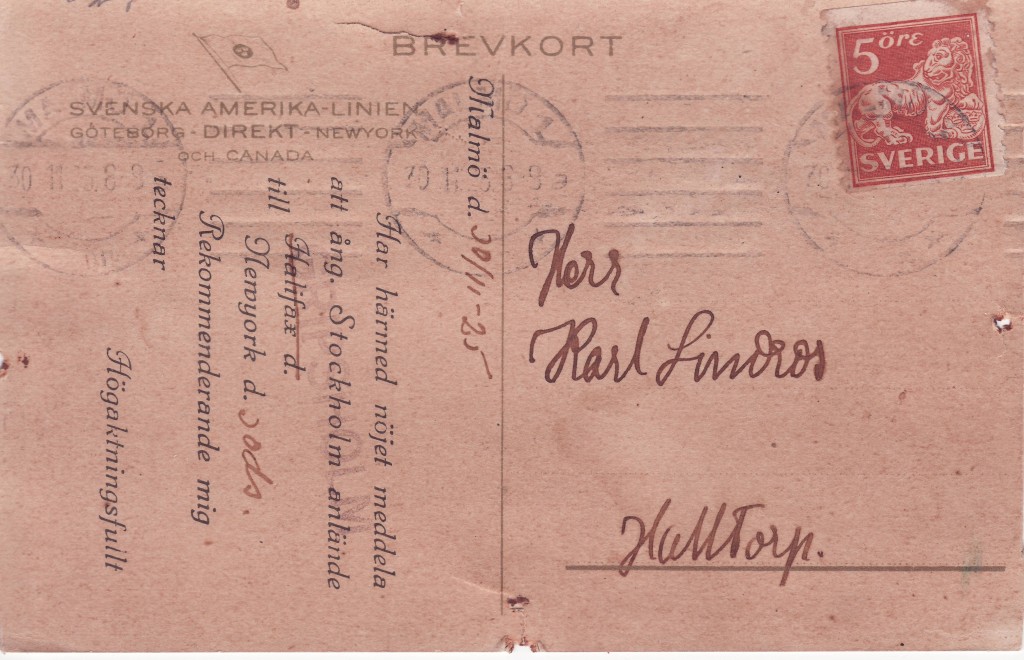 Arrival notification postcard from the shipping line, reverse side. 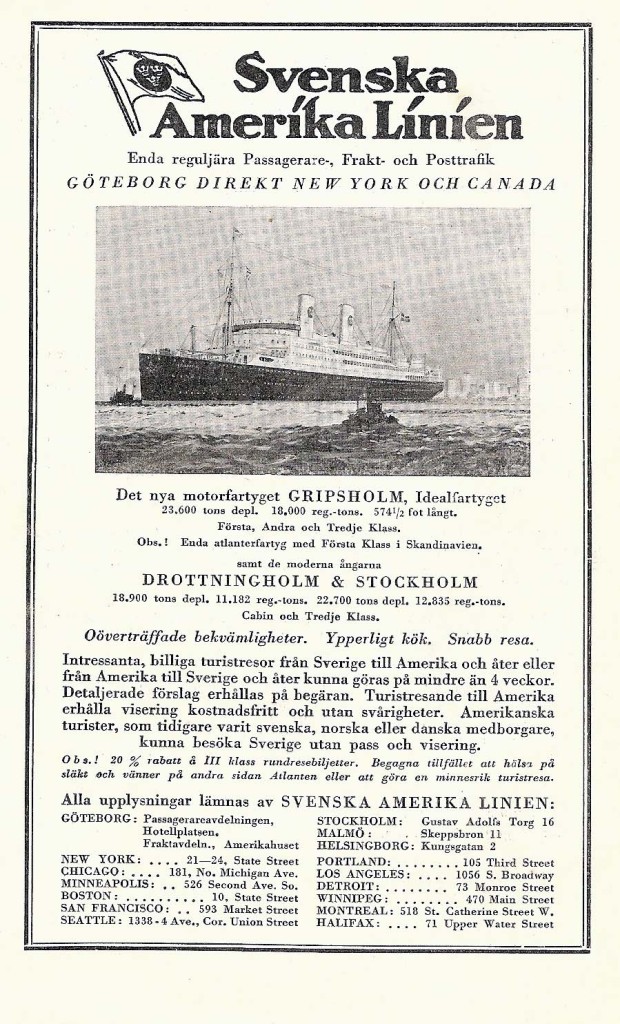 Gripsholm’s passenger list on her maiden voyage departure from Göteborg, on November 21, 1925. Lindros’s entry is halfway down on the page.