On May 14, 2015, I had three missed calls from a private number on my mobile phone. It turned out to be from the BBC World Service in London. The BBC were researching for a planned podcast on the Golden Gate Bridge, in their Witness series, and had been told – by people in California – about the new book on the workers that were killed at the construction. Finally getting hold of me, the BBC spent a good thirty minutes interviewing me over the phone. In the final broadcast, not much of the information provided by me was used – still I felt very honored by this surprise event! 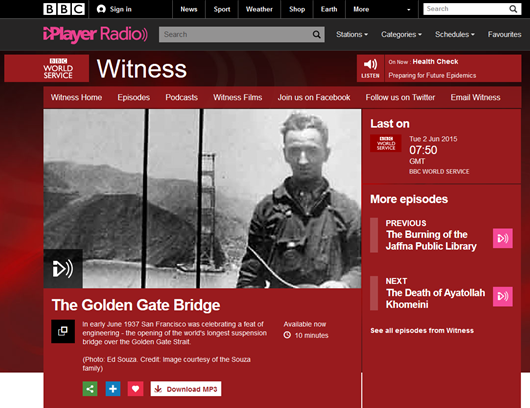